Defending is not only about having quality defenders or quality defensive midfielders. Not at all. Being good in defense as a team means that your block should be strong. What is a block? A block is the team’s shape when they do not have the ball.

Mourinho spoke about 2 types of blocks. He did not mention the 3rd one, the medium block.

Let us break down each and every one of them!

The low block means having a very deep defensive line. The low block is literally the ‘’park the bus’’ block. Used by many teams, especially Simeone’s Atletico, this type of block consists in having a minimum of 8 players forming two defensive lines making hard for the opposition to find space.

The low block requires a good pressing strategy. Teams should know when to press and more importantly who to press the harder. They usually target a key player in the opposition and makes life difficult for him and therefore for his team.

This type of block is seen by many as unpleasant but has been proved by Mourinho and Simeone to be very effective when it comes to winning titles especially when the counterattacks are as good as the block.

The team here usually stays within its own half. The aim is to allow the opposition backline to possess the ball and apply immediate pressure when the ball is played forward into midfield.

The team must sit deep in order to be able to apply defensive pressure on the midfielders and attackers without conceding too much space in behind.

Used by Cruyff, Guardiola and most of the offensive teams, this block consists in having a high and very aggressive offensive line in order to have possession.

Having a high block is not enough, it should be used as conjunction of both a high line and high pressure.

Using a high line helps compressing the field, this will reduce the space that the team in possession use in their build-up.

The high block denies opponents the time and space to accurate their through balls or long passes. It is a very risky tactic but proved to be very effective when mastered.

The following video, which by the way was made by OneTouchFootball, shows in image how each block can be used. It also give a real life example of how a medium block works: 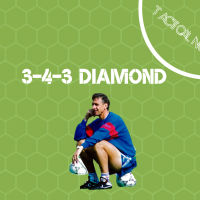 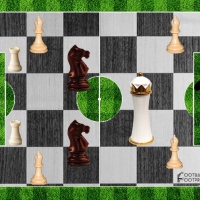 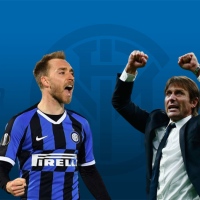