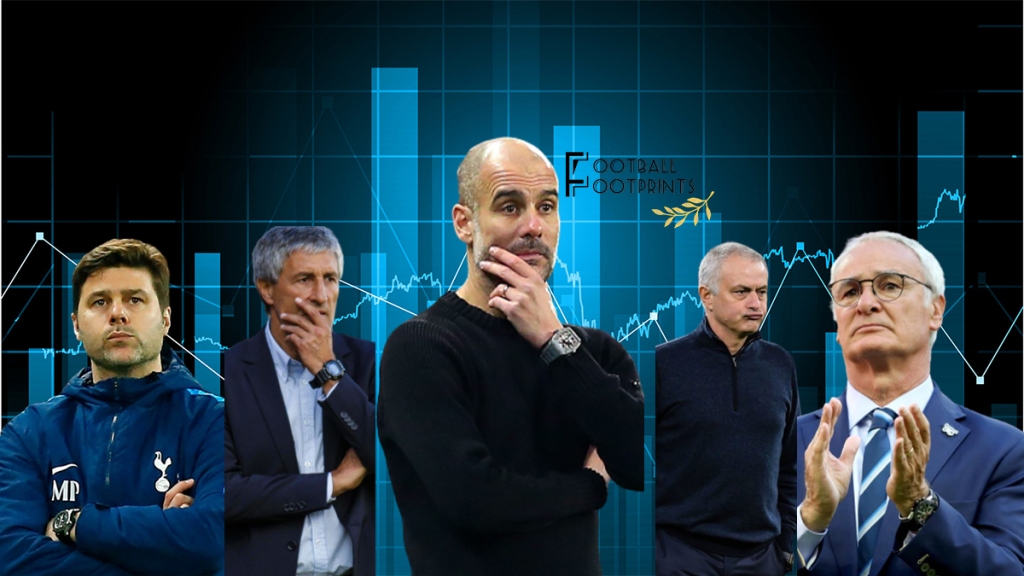 For many football followers, possession statistics define which side dominated a game and which one was the weaker side.

“If you play possession, you don’t have to defend, because there is only one ball.”

A quote that seems deep and accurate, right?

If you’re passing the ball around waiting for the referee to blow and preserve your result, aren’t you defending… your lead?

While it’s absolutely true that you can’t concede if you have the ball, it is up to how a team uses possession that defines how well they’re doing in a football match.

A common mistake made by football enthusiasts is considering attacking phases of play automatically a form of domination. However, a team that has the ball but can’t find solutions is most likely the one struggling.

So, although the team does have possession of the ball and is trying to attack, it does not mean they are controlling the game. In fact, some managers would rather give away the ball, sit back, and then hit on the counter.

In addition to the managers’ game plan, another parameter comes to cast a shadow of doubt on the relevance of possession statistics: their measurement.

As we will see in the next part, measuring possession can be done through different approaches and thus lead to different interpretations.

The Quantitative (IR)Relevance of Possession Stats

Before getting into analyzing the relevance of possession statistics, it is important to define what “possessions” means in football.

Possession statistics are meant to reflect a team’s control over the ball over the course of a game. It is represented as percentages.

When comparing possession stats for the same game, the statistics can vary from one source to another by up to 5%. That is mainly since there isn’t only one way to calculate this particular statistic.

The three most used frameworks for calculating possession in a football game::

Let’s break them down.

As its name suggests, this system defines possession as the length of time members of a team have the ball. Once the ball is lost the team’s clock stops and their opponent’s starts. Just like in chess, possession is considered turns of play in this approach.

While this seems to be the most logical framework; the chess clock has however many limitations.

It can’t accurately calculate possession during challenges between two players where the ball changes possession many times in a brief instant. Additionally, it would also be inaccurate when it comes to situations like a series of blocked shots, a situation where the ball is completely out of play or in a static position for instance.

Due to the previously mentioned limitations, this framework is considered inconsistent.

Also with a self-explanatory name, this framework calculates a match possession statistics based on the number of total successful passes in the game, compared to how many passes each team has successfully made.

A straight forward way to calculate possession based on a simple formula.

Team A made 550 successful passes.

Team B made 450 successful passes.

Team B possession will automatically be 45%.

A simple approach that clearly omits many aspects of a football game. As a result, if a player holds the ball for a long time, it doesn’t affect his team’s possession statistics.

This framework, although obviously limited, has been the most used up until Opta came up with a new one in 2017.

In order to include different aspects of the game, Opta came up with a list of “sequences” that form “possessions” in order to determine each player’s “Possession-Value”. the ultimate goal being defining each player’s output and probabilities participating in goals.

Here is how Opta defines “possessions”:

Possessions are defined as one or more sequences in a row belonging to the same team. A possession is ended by the opposition gaining control of the ball.

In other words, possessions are different situations and various situations taken into account. This approach acknowledges different parameters including but not limited to passes and time on the ball.

This measurement approach is a more comprehensive framework than the other two as it attempts to account for as many parameters as possible. Parameters such as the speed of movement, control, speed of passing, etc..

As a result, sequences of dangerous movement in the final third will lead to a higher possession value for the players involved, depending on each one’s level and extent of involvement.

This framework is actually the future of possession statistics calculations in football.

Different measures: what does it imply?

Given that different ways of calculating possession exist, each has different interpretations. Thus, different levels of relevance and accuracy.

While the Chess Clock can be used to determine how long a team can hold onto the ball it doesn’t reflect the nature of actions performed during that period. The time measure provides limited insight when it comes to the overall team and individuals behavior during the game. It only quantifies possession in terms of time and not in terms of quality and orientation of play.

The Total Passes framework on the other hand focuses solely on one aspect on a given team: passing work-rate. Another one dimensional way to look at possession statistics. It could however be a beneficial indicator and meaningful to managers who seek to play a ball retention oriented style.

As for Opta’s PV framework, it is clear that it will change the way possession is analyzed in football. However, due to its recency, people are yet to understand how it works and the meanings behind it. It does, however, take account of both the positive and negative impacts of each player for each sequence of play, as opposed to the measurements used up until 2018.

For a more in-depth understanding, here is Opta’s official explanation.

The Tactical (IR)Relevance of Possession Stats

As mentioned at the beginning of the article, some managers opt for letting the opposition have the ball. In which case, the team’s performance cannot be judged based on their possession stats as they won’t try to have the ball. On the other hand, some managers insist on having the ball as long as possible (the Johan Cruyff way).

Controlling Possession vs Giving It Away On Purpose

Throughout his career as a manager, Pep Guardiola has always based his tactics on ball retention and short passing. A system that has proved fruitful in most cases. the following match holds the highest possession percentage recorded in the Premier League.

When seeing a result like the above picture, one is tempted to generalize and say: “City had 80+ % of the ball, it’s normal that they win by 5”.

But how true is that? If you remember, during the 2012/13 season, Celtic Glasgow managed to beat Tito Vilanova’s Barca while enjoying 11% of possession.

Although both games were calculated using different methods of measuring possession, the high percentages are a sign that both Barca and City had the ball for most of the game. However, it does not mean that both teams dominated their respective games as shown by the difference in results.

While City tried to retain the ball and opened space, Celtic decided to sit back and make the most of the few opportunities they were given. Two different tactical plans that led to one same result: a WIN.

A noticeable pattern is that sides that lack “quality” will tend to overachieve when giving away possession and hitting on the counter.

A perfect example would be Claudio Ranieri’s Leicester City in 2015/16, who enjoyed only 43% of possession on average. While being 18th in possession statistics rankings, Leicester City managed to top the EPL table.

Ranieri did not play an attacking football based on possession. He instructed his team to play low off the ball and counter quickly when the ball is regained. By doing so, Leicester’s possession statistics would automatically be lower than their opponents.

Although there seems to be a pattern from 2nd to 5th, both Leicester City and Manchester United’s respective standings on both tables are proof that possession does not ensure a result. Quality of possession does.

Just like Ranieri, Simeone has been able to achieve great results by sitting back and allowing the opposition to completely control over the ball. A tactical scheme that suits his squad and their strengths.

For Ranieri and Simeone’s respective teams, focusing on having the ball would mean exposing the weaknesses of the side. When a team is better at defending, judging their performances on their possession percentages is simply wrong.

Burnley’s Sean Dyche has also often overachieved while enjoying low possession stats. Just like Roy Hodgson and Sam Allardyce, this type of manager favor letting the ball to the opposition enjoy the ball.

But why are we mainly mentioning relatively “small clubs”?

As previously cited, clubs like Atletico and Chelsea under Mourinho and Conte, have also opted for more defensive approaches, less focused on possession. However, the financial means of “big” clubs allow them to sign high profile players that are skilled and need the ball to make an impact.

This creates a gap in quality between teams, depending on their financial situation when it comes to transfers. Consequently, “poorer” clubs will lack quality on the ball and would be most likely better off defending.

Enjoying the ball does NOT define which side will win a game. Just like retaining the ball can be used to defend, giving it away can prove to be the best way of creating chances by forcing the opposition to attack by simply sitting low.

Can you guess the winner of the following game, solely based on the offered statistics?

Who won this game?
Liverpool
Draw
Manchester United
They won 2-1 having scored early (7th and 14th minute) and decided to sit back and let Liverpool have the ball. Liverpool’s goal came from an own goal.

Receive our latest articles directly on your email by subscribing below!

Processing…
Success! You're on the list.
Whoops! There was an error and we couldn't process your subscription. Please reload the page and try again. 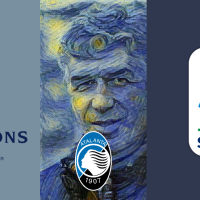 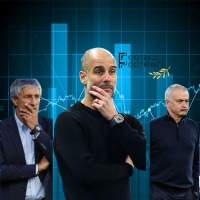